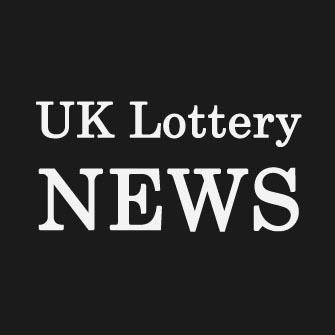 Organized by the national lottery and with tickets sold both in local shops and over the Internet, these two lotteries are responsible for making the most millionaires on the continent. It might appear that there is no need for a third lottery, but those who are ready for a welcomed diversion should consider registering tickets for the Irish Lotto.

You don't actually need to leave the island to participate in their lottery, because the tickets can now be acquired with ease over the Internet. It is worth doing a little research to learn more about potential payouts, and also to avoid the numerous scams that are aimed at tricking unaware players. The most important thing is buying the tickets from a vendor that is accredited, because for 1 pound per ticket there is no point in taking any chances. The total prizes count in millions, but they rarely surpass the value of €10 million, so players should be advised to double check any website advertising something different.

Only half of the prizes go to the players to win, with the rest being distributed among the authorities, charitable foundations and other organizations. This is something that happens in all lotteries so it should be taken as a fact of life instead of bickering about decreased winnings. Those who choose to play the Irish Lotto should know that the draws are held twice a week on Wednesday and Saturday and the tickets can be bought even on the same day. There are a total of 45 numbers in the pool and in order to win the jackpot players need to correctly indicate the six of them that are drawn.

No matter how many proofs they are presented with, some people refuse to accept the fact that winning the lottery is all about luck. They look for miraculous solutions and hope that by using statistics and mathematics, they will eventually find a way of selecting the winning numbers. Naturally there is no such thing as a flawless lottery system, but there are some common sense rules to be followed if you want to decrease the chance of sharing the prize. Winning the jackpot is incredibly difficult, and you wouldn't want to have to share it with too many people, so pay attention to the numbers you choose.

Consecutive numbers are the ones that should be avoided, and pretty much any sequence of numbers that is very likely to be chosen by others should not feature on your lottery ticket. It is no secret that people like to pick numbers that have some significance for them, and birthdays are among the most popular ones. This explains why it is wise to focus on high numbers, or at least select one or more that are above 31, because this decreases the chance of sharing the jackpot.

If you don't have any numbers that you've been playing for a long period of time, don't hesitate to take advantage of the quick pick system. By letting the computer choose the numbers for you, you speed up the process and you won't bother yourself with any questions regarding the numbers. Those who want to have the numbers already written on the lottery ticket, and look for an automatic system of picking them should head on to https://www.norgecasino.com/. All important lotteries are covered and selecting the numbers is a fun operation that doesn't take long.

Try to put all of our valuable advices to work at online poker tables: