Take tournaments one step a time 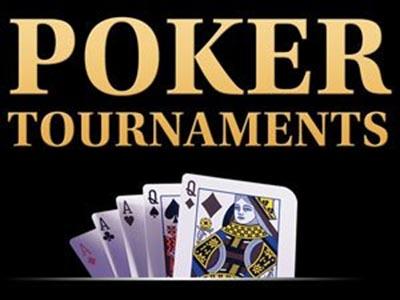 Many poker players begin their career online with tournaments, because they are attracted by the idea of winning big in a single shot. They are also lured by the opportunity of investing a fixed amount, and then compete against other players that have the same stack of chips in front of them. No rebuy events are the most popular ones, and it is very difficult to condemn those who limit themselves to tournaments and never experiment the thrills of cash games.

Those who don't regard poker as a way of life but as a pastime activity, have another reason to stick to tournaments because the most important ones are held during the weekend. Even though they need to commit a couple of hours to staying at the table, it is not a sacrifice because they regard no limit hold’em as their hobby. Learning the rules for tournament poker shouldn't take long especially when they are presented in a straightforward manner. Some articles go beyond the players’ perspective and explain the manner in which the online casinos organize these events.

For the poker player this information is enlightening and a pleasant reading, but in order to extract some money from his hobby, one needs to acquire some practical knowledge as well. There are three distinct stages for any tournament, regardless of how large the prices might be, and how many players have entered the race. The only difference is that in major competitions, each stage takes longer and players have more time to adjust their strategy, while minor events are shorter and more intense.

During the first few hours of a main event, in both live and online poker players should limit themselves to premium hands and play them aggressively. The size of their stack shouldn't deceive them, because even if the blinds are low initially, they can't afford to get involved in too many hands. As the less skilled and the unlucky players are filtered out, those who survived need to gradually increase the range of hands they are playing. A special moment is the one that separates the second and third stages of a tournament, namely those couple of hands that determine who ends in the money and who goes bust.

Knowing how to play against players who hope to survive the bubble is vital for giving you a fighting chance at the final table. The difference between the prizes awarded to the best placed players is significant, but unless you make it to the final table with a healthy stack, you really need a small miracle to win. In the final stage of poker tournaments, all precautions need to be put aside because decently high cards and position must be plagued aggressively. In case you reach the final stages of a tournament, it is mandatory to be patient and concentrated to the game and try not to think to any other things but your cards and your opponents’ cards.

For more free advice check out the articles listed below: