How to play big stack strategy in cash games 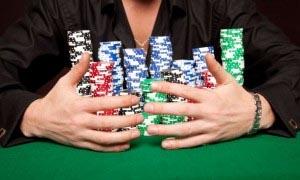 While they take their baby steps in online poker, players are advised not to invest too much money at a single table and short stack strategy is recommended. As they climb up the ladder and improve their skill, they are safe to experiment and the natural step forward is to try the big stack strategy in cash games. In order to enjoy a smooth transition and to stay as profitable as you were when playing short stack, it is essential to respect the common sense rules of bankroll management.

The main benefit of playing short stack is that you can afford to play at tables that have higher buy-in limits, without playing out of bankroll. Another advantage is that when you are short stacked, you don't have to worry about elaborated strategies and can play ABC poker with great results. Adjusting on the go to the realities of big stacks strategy and acting its inherent challenges, requires a good deal of research. The opponents that you are encountering online are making good use of the educational articles available over the Internet, and acquire the set of skills needed to thrive.

They explain which are the skills that need to be honed to succeed in online poker and how to read your opponents without actually seeing them. Until players are experienced enough to become creative and weave their own strategies, there are a few guidelines that can help them beat the odds when playing big stack. In a nutshell, they are supposed to build on the tight aggressive strategy that they used while playing short stack, while increasing their range of hands.

You keep folding most of the hands that are being dealt to you, because the vast majority of them are unplayable at least not without taking serious chances. By refraining from over-playing cards that look great on paper such as Queen Ten, you avoid falling into a trap set by your opponents. This kind of hand becomes particularly dangerous if you hit the flop, and continue to call a player that bets aggressively. By simply reacting to someone else's moves you never know where you stand in the hand, and risk becoming pot committed.

If you are to get involved into hands, at least make sure that you dictate the rules of the game and don't be afraid of making mistakes. The worst error is not to bet or raise an opponent that holds the better hand, but to walk in his footsteps by constantly calling his bets. Position is just as important whether you play short or big stacks strategy, but ignoring position in the latter.

You will be able to stack up on cash thanks to these online poker strategies: