How to play a draw aggressively 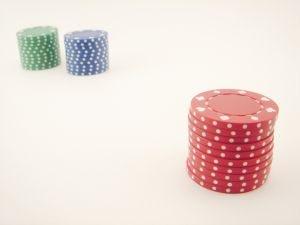 The simple idea that a draw can be played aggressively may sound a bit strange, because these are known to be hands that need additional cards to turn into strong ones. There are various types of controls, but unless the player receives the card or cards needed to complete it, the hand will lose pretty much any showdown. This is precisely why it is important to know how to play a draw aggressively and when to fold the cards, because the differences are difficult to spot by beginners.

In most cases, a good player will find himself holding a flush or straight draw by chance because such players don’t play any connectors or suited cards. To enter a hand by calling a pre-flop bet with the faint hope that maybe the flop will bring you the straight or flush that you need is a serious mistake. The odds of this to happen are slim and in most cases the other players will be extra cautious when the board features connected cards or ones sharing the same color.

This doesn’t mean that it is hard to make money in this manner, but the strategy needs to be tweaked so that you minimize loses while maximizing your profits on those rare occasions when you actually hit the flop. One of the best thing one can do to put himself in the favorable position is to bet pre-flop from late position when there are only limpers in the hand. By doing so, his hand will be less transparent in case the flop brings a string of connected or same colored cards and will win more with a flush or straight.

Furthermore, he would have some fold equity because savvy players are always reluctant to call a bet coming from someone who is the button. They don’t like the idea of being the first to act and prefer to wait for a better opportunity, unless they perceive this as an attempt of stealing blinds. On the flop, the same rule applies because if you got someone calling pre-flop and checking afterwards, the continuation bet has a good chance of triggering a swift fold.

It is less important if the board is favorable or not, because unless your opponent has hit the flop he will almost certain give up his hand. Last but not least there is the case when you bet pre-flop with a strong hand such as AK or AQ suited and instead of pair you have the chance to draw for a better hand. Betting or raising with such a hand is a good choice even if the odds are not in your favor, because if you hit something you will probably hold the nuts. If you don’t there is always the option of folding the hand. In this situation, you should definitely fold the hand as chances that an opponent is holding a bigger hand are pretty high.

Keep on getting acquainted with the best online poker strategies: