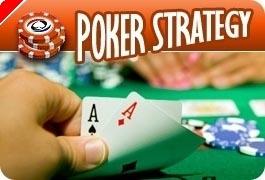 By knowing how to play position, react to aggression and take the initiative when least expected, poker players aim to project a table image that would enable them to take down more pots with less effort and risks. This is easier said than done, even when playing a single type of poker, but the difficulties compound when it comes to HORSE.

The challenge of establishing a good table image and then cash in on it is huge, due to the fact that each of the five games is played by a different set of rules. For a player to be successful when playing HORSE, he needs to be capable of making many adjustments on the go both during the same poker rounds and different ones. For instance, it is known that playing Razz tight is the way to go and players who limit themselves to a narrow range of cards are the most successful ones.

Due to the fact that a hand can only lose its value over the next streets, starting with a mediocre hand is a mistake. On the other hand, games such as Texas hold them favor the bold and after the Razz session concludes, players should be capable of shifting into superior gear immediately. More information about HORSE and its games can be found at https://www.playtexaspokernow.com.

Take it one step at a time

The reason that there are so few successful HORSE players is that many of them are not actually prepared for playing five distinct types of poker at competitive level. Many are very good at one or two games, but struggle to understand how the other three are played and the intricacies specific to these games simply overwhelm them. Instead of worrying about the gap separating you from other players, you should take it one step at a time and conduct research about the games where you are lacking.

Skilled Omaha players will immediately master Texas hold 'em and will have a decently easy time with Razz. Seven card stud and seven card stud hi-low bear some similarities, but the higher number of cards dealt and the different backing pattern can pose significant problems. The advantage of being a prolific Omaha player is that you can incorporate the hi-low split-eight or better elements that are specific to the variant played in HORSE into your game.

Due to the fact that players can win a pot with both the higher and lowest hand, while certain cards are required to quality, Omaha hi-low split-eight remains the most difficult game to master when playing HORSE. Those who are already familiar with it can consider themselves lucky but instead of dwelling on their success must focus on conducting research. Websites such as https://www.playtexaspokernow.com are intended to lift the veil and enable players to catch a glimpse into one of the most exciting but equally challenging poker games.