Don’t get greedy on the river 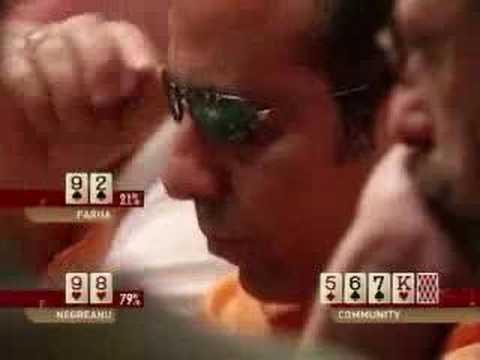 In the game of poker, week is strong and strong is weak and the sooner you learn this the more profitable you will be regardless of the limits you play at. Deception is present at all tables and players aim to hide their hand as well as they can, if they are to extract as much profit as possible from their opponents. There are many ways to deceive another player, but in most cases a savvy opponent will put you on a fairly accurate range of cards.

This is not a problem that should worry you excessively, and it is not reasonable to try to increase the number of bluffs you make, just to confuse opponents. At the same time you try to conceal your hand, you need to be capable of evaluating the strength of your opponent’s cards, and the bets are the most effective instruments you have in online poker. If you pay attention to position and include the players you are sharing the table with in a category depending on whether he plays tight, aggressive, loose or passive, you will get a decently accurate read on them.

Having said this, it is essential not to overestimate your abilities of detecting poker tells and reading people, because this usually leads to over playing your cards. In theory, you should extract enough information on the flop and turn, to make an informed decision on the river, but human greed should never be underestimated. Many players who unsuccessfully defend their hands on the previous streets, are trying to maximize their winnings on the river.

For example, a player holding a high pocket who suspects that his opponent had a straight or flush draw, with bet aggressively on both flop and turn. If the coloured card doesn't appear on the aforementioned streets or the river, many will be tempted to fire a last bullet even if they are in late position. By backing the right amounts on the flop and turn, the fault should already be large enough to reward your correct play. This means that there is no need to risk more by placing another large bet on the river with an otherwise mediocre hand as a pair or two pairs.

There is always the chance for your opponent to have slow played his hand and represent the flush draw, when in fact he was holding a much stronger one. These guys are usually waiting for the other player to get greedy on the river, so that they can come back with a huge re-raise or even go all-in. The bottom line is that if you have the better hand on the river you will collect a nice reward, but if you were deceived at least you minimize your loss. River is known for giving players bad beats and in almost all cases if you do not have the best possible hand and your opponent is waiting for his last card try to not get greedy and make stupid raises or calls.

We still have great advices for online gambling newbies below: